Four Meetings to Set Your Organisation on Fire

How often have you experienced a crowd of people chanting about meetings? Singing in the town square jubilantly about meetings ... just 'cause? Crowds of people screaming together in joy is more likely after a Real Madrid victory in the UEFA Champions League than about meetings. But, my point is most people would never shout about meetings. In fact, most people have horrible memories—maybe even nightmares—from terrible, dull meetings they've been a part of.

Let's be clear. Those are not the meetings I'm talking about. That's it. Take a breath ... sigh. No, just because you've been part of, and seen, many, many, many terrible meetings doesn't mean meetings in-and-of-themselves are bad. We're just often bad at running them! Put it this way, if I gave you a PC without anything installed, how frustrating would you find it? You could hit that keyboard and stare for hours at that blank screen, but without it setup properly you'd have a nightmare on your hands. You'd proclaim, "computers are terrible! Never get one! It's a waste of time, expensive and takes up precious room on my desk." You'd be right about your experience.

But then, say I rock up and take away your un-setup PC and replace it with a beautiful, shiny Mac (all the Apple fans know what I mean). You press the power button and it turns on. You spend an hour on there and it's so intuitive that you're finding your way to the different apps easily. A couple of weeks later and it's transformed the way you work. Well, apart from throwing my hat into the ring in the PC vs Mac debate, I'm also hoping this blog will be more like the Mac in that analogy than the PC.

What if I told you that meetings are the most powerful tool in your disposal as a leader to transform culture? Wow. I believe it. Just like a Mac would transform your work life because computers are revolutionary ... when used correctly, meetings when run well can revolutionise your organisation. The most significant meetings? Executive leadership team meetings. So, if you're leading an executive leadership team as a Senior Pastor, CEO, MD, business owner or Chair, you are in the position to see the most immediate change in your organisation by changing the way you do meetings. But regardless of your role, if you lead or are part of any team, then implementing this framework—or a suitable version of it for your circumstances—is worthwhile. Here are four types of meetings outlined by Patrick Lencioni in his brilliant book Death by Meeting to transform your meetings and your organisation.

Lencioni calls this the daily check-in meeting. Every team should meet daily. You read that correctly. Daily. What is the cause of most issues and crises in organisations? Miscommunication. Yep. Think back to the last significant challenge your organisation faced. What miscommunication—or miscommunications more likely—were part of it? Miscommunication is a part of life, and part of being human. That's why an on-your-toes is so important. Start each day with your team for no more than five or ten minutes discussing schedules, events and issue alerts.

I call it the on-your-toes because Lencioni recommends actually standing up for this meeting. It helps to create a culture where the meeting is brief. If everyone stays standing then no one gets settled sitting down ready for a deep conversation about resolving that issue. The on-your-toes isn't the time for that, leave sorting the issue for later. It's just the place to raise the issue amongst your team so you relevant team members can sort it out individually or together at the right time.

Lencioni calls this the weekly tactical meeting. I love the on-your-toes meeting because it's the easiest to implement and has an immediate impact. There's something that happens after a few weeks of doing this where you look around at your team and realise everyone is just more ... connected. Less stuff has fallen through the cracks resulting in frustration for the team. But the same page takes it to another level.

I call it the same page because Lencioni talks about getting the whole team on the same page. This is a 45 minute to 90 minute meeting that your team should have weekly or fortnightly. If you work with volunteers on your team, then you may need to be creative with the length and timing of your same page. But, let me encourage you to lean on the side of meeting more rather than meeting less. If you can make a fortnightly same page happen, then do it.

What should you cover in the same page? Lencioni has a fantastic framework for these meetings which he explains in Death by Meeting and The Advantage, but the big idea is that the team resolves tactical issues together and has a chance to get on the same page about how the organisation is going. This meeting is probably the place where your team will become aware that priorities have shifted at the organisation. One of Lencioni's biggest points about the same page is to go in without an agenda. Create a real-time agenda as a team so you're discussing that significant issue that's been on the radar for three weeks instead of hearing a presentation from Barry about why the marketing department so deeply believes in TV advertising instead of radio.

If you're doing it right, you'll find your top priority as a team coming up in this meeting and then from time to time, there will be a sense that you need a new top priority. One of the biggest benefits of the same page is how your whole team goes on this journey together rather than the leader reporting to the team, "this is where we need to go all of a sudden!" Ever been there? Run a same page with your team and you'll have less of those frustrating moments and, more importantly, a group of people who are on the same page!

Lencioni calls these adhoc strategic meetings. He explains they're the most fun, but in my experience they're also the most challenging to fit into the schedule, particularly when you have team members who have very practical, hands-on roles. If you're reading this and you're part of the executive leadership team for a large organisation then you'll love this meeting so much. That's because the less hands-on and practical each team member's role is, the more significant this meeting will be, and the easier it is to make it work in everyone's schedule.

I call it the key meeting because this is the place where you make time and space to work out the key issues that arise. The same page covers off the tactical issues that take 15 minutes to work through. But what about those moments where everyone takes a deep breath and realises the issue that's on the table is deeper than anyone thought? Or everyone realises the five tactical issues that came up in the last three same pages all stem from one key strategic issue? Well, it's time to sort it out! That's where the fun starts.

Let's face it, how do we normally handle these key strategic issues? They come up when we've got 15 minutes allocated to talk about them and there's a rushed conversation where someone ends up being given the job of going and working it out. This works sometimes but isn't always the answer. You shouldn't feel like these key strategic issues are being resolved in a rush. They deserve time because, well, they're key! Getting them right is going to make a massive difference to the immediate and long-term future of the organisation, so invest the time.

Adhoc is a great word to describe the key meeting, because that's when they happen ... whenever they need to happen! If you're rolling this out in your executive leadership team having never done anything similar, you might find you need to run five key meetings in the next month. That's because there's a frustrating backlog of major issues that need to be resolved. How long does each meeting run for? Anywhere between two and four hours. Unlike the same page, people do come prepared because there's a key issue on the table. Team members can go away and research components so the two to four hours can be spent discussing facts rather than dealing with too many unknowns.

The last meeting, and most significant for an organisation, is the big picture. Lencioni calls this the quarterly offsite. As suggested in the name, he recommends very strongly that this happens once a quarter. In fact, he's surprisingly adamant. And with 20 years of consulting experience to leadership teams, I take his thoughts seriously. I call it the big picture because that's what's on the table. As a team, you're getting away (offsite) for one to two days to discuss the big picture.

Why does the organisation exist? Where is it going? How are the key people travelling? Who are the future leaders a few levels down who can be invested in? What peripheral ideas need to become central ideas? What central ideas need to be re-worked? What major strategies are working? Which ones aren't? Big, big questions. These don't need two to four hours, particularly in large organisations. They need unstructured discussion time. You know those amazing people in your team around you? This is where everyone gets to shine.

Do some work on the team around personalities and team dynamics. Go through the six questions of clarity to define your organisation's DNA and future. Most of all, book this big picture in your calendar every three months for two days, if you can, and don't call it a retreat. I've done that before! It's not a retreat, this isn't a chance for everyone to drink cocktails and relax after a tough quarter. This is the sort of intense, robust discussion time that everyone dreams of when they think of business when they're younger or watch their favourite business/law show. This is where the rubber hits the road for your team and you get to work together to really form the DNA of the organisation and to cheer each other on—and hold each other accountable—to take the organisation where it needs to go.

One thing Lencioni says I'm not I agree with, is that the key meeting is the most fun. I think the big picture meeting may well be the most fun. But then again, I think they're all fun! Why? Because there's such an intentional purpose to each meeting and you can feel everyone in the room getting better individually and together through the process. Drop me a line if you're keen to implement these meetings but you're hitting any roadblocks. I'd love to give you some thoughts and I'd also love to hear your stories of success and challenge as you implement the on-your-toes, same page, key and big picture meetings in your organisation.

Five questions to get your people rowing in the same direction

Five dysfunctions of a team powerpoint 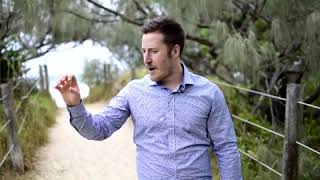